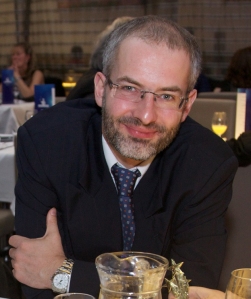 I am a film programmer and cinema manager whose background in Arts Marketing has helped develop a strong track record in programming for both mainstream and specialised audiences. Currently Managing Director of the Electric Picture House, Wotton-under-Edge, I have previously worked in marketing and programming roles at venues including Norden Farm Centre for the Arts in Maidenhead and Wyeside Arts Centre in Builth Wells.  I spent six years as Director of the historic Curzon Cinema in Clevedon, which I led through a successful funding bid to the Heritage Lottery Fund and subsequent building/restoration project.  The venue enjoyed increased ticket sales during its centenary year of 2012, and reached the finals of the National Lottery Awards.

I am currently available for freelance work to venues of all sizes, and societies.  I can advise on marketing, and developing your film programme to attract increased audiences. There’s some more information on my career to date on the My CV page, along with my contact details.  Please do get in touch if you think I could help you.

Here’s a segment from an episode of the BBC’s Flog It! from a few years ago, about the Curzon Cinema; I’m one of the interviewees (pre-beard).

Here’s a 2012 interview with me by two pupils from Yeo Moor School in Clevedon.

Here’s a clip from Manato TV, from July 2012, in which the presenter (whose name I have long since forgotten, unfortunately) looks around the Curzon Collection and talks to me.

The blog for Seeking Perfection, the first book on Tremors

Sometimes I write, sometimes I vent. Just for fun.

A cultural meander through Bristol

She doesn't mince her words

Passionate about silent films for over a decade.